“We’ve told you about Plastic Logic’s prototype color flexible displays that can be cut with scissors and keep on working. We’ve also told you about the multi-display window flexible tablet PC prototype the company co-developed with Intel and Queen’s University. UK-based Plastic Logic has now combined its expertise with French company Isorg to create what the pair tout as a first in flexible printed electronics: a large area, conformable, organic image sensor printed on plastic.

An image sensor, of course, is the heart of a camera. A camera’s image quality, resolution, sensitivity to light, and ability to capture moving images without distortion are all dependent on its image sensor chip. So a flexible image sensor, especially one that can be printed on plastic, would be revolutionary.

The co-developed image sensor’s resolution is only 94 pixels x 95 pixels, so the technology has a long way to go before it’s used in smartphones. Pixel size is 175 microns with 200-micron spacing (375-micron pitch). But its active area is 4 cm x 4 cm (1.57 inch x 1.57 inch), not that far from a wristband or phone display size. The sensor combines Isorg’s organic printed photodetectors (OPD) with the organic thin-film transistor (OTFT) backplane developed by Plastic Logic, the basis of that company’s previous technology breakthroughs. The two companies unveiled the first mechanical samples at the LOPE-C 2013 show in Munich on June 12 and June 13.

Flexible electronic circuits are not new. They’re used in watches, cameras, cellphones, and several small and/or portable consumer devices, as well as automotive and aerospace applications. But the type of electronics that can be printed with these technologies has been limited. Isorg has developed large area organic electronics image sensors and organic photodetectors with printed electronics, which gives them low current consumption, as well as thin profiles, light weight, and a low cost-to-area ratio. Isorg has been working on implementing these optical sensors on plastic and glass substrates for several years. The company has focused on large spectrum response optic sensors in the visible and near infra-red spectra, with low power consumption. It has also created image sensors with large dynamic range and low noise at low light levels, a combination that’s not easy to manage.

Isorg is a spinoff of the LITEN (Laboratory of Innovation for New Energy Technologies and Nanomaterials) research laboratory of the French government-funded CEA (Alternative Energies and Atomic Energy Commission). Its image sensors are built by integrating rows and columns of photodiodes into a matrix. Depending on the application, a variety of pixel resolutions and matrix complexity can be built. Although Isorg has created several demonstrators and began a pilot production line in July 2012, it has not yet reached commercial volume production. That is expected at the end of next year, and will be a sheet-to-sheet manufacturing process that is compatible with ambient temperatures.

Meanwhile, Plastic Logic, a leader in plastic transistor R&D, has achieved volume production of its flexible, unbreakable, daylight-readable plastic displays, in both color and monochrome versions. A short video demonstrates a 12 fps color video animation on the company’s flexible displays, which Plastic Logic says is a first, since refresh rates on this type of display are usually too slow for video.

For the co-developed flexible image sensor, Plastic Logic tweaked its backplane design, production process, and materials to fit the needs of Isorg’s technology. The result is a backplane that is both transmissive and flexible. Aside from the more obvious applications that use digital image sensing, both companies expect the new sensor will be especially useful in medical, industrial, and security applications. Some of these are fingerprint scanning identification, interactive 3D user interfaces, and smart sensors for medical and diagnostic equipment. You can access short videos here and here that show Isorg’s Magic Pad demonstrator, a touchless human-machine interface (HMI) based on a photodetector matrix that is capable of 3D gesture recognition at short distances. 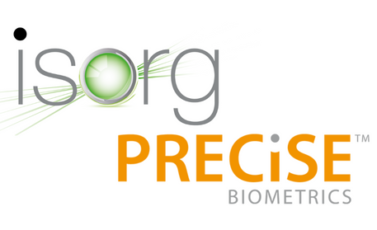 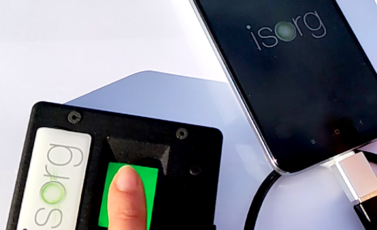 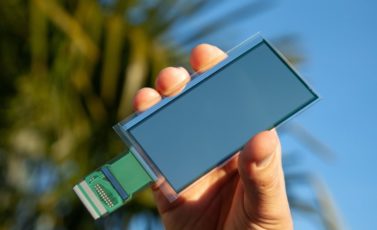